These are the tools you can use to debug your worlds in-game.

In order to access debug views you need two things: 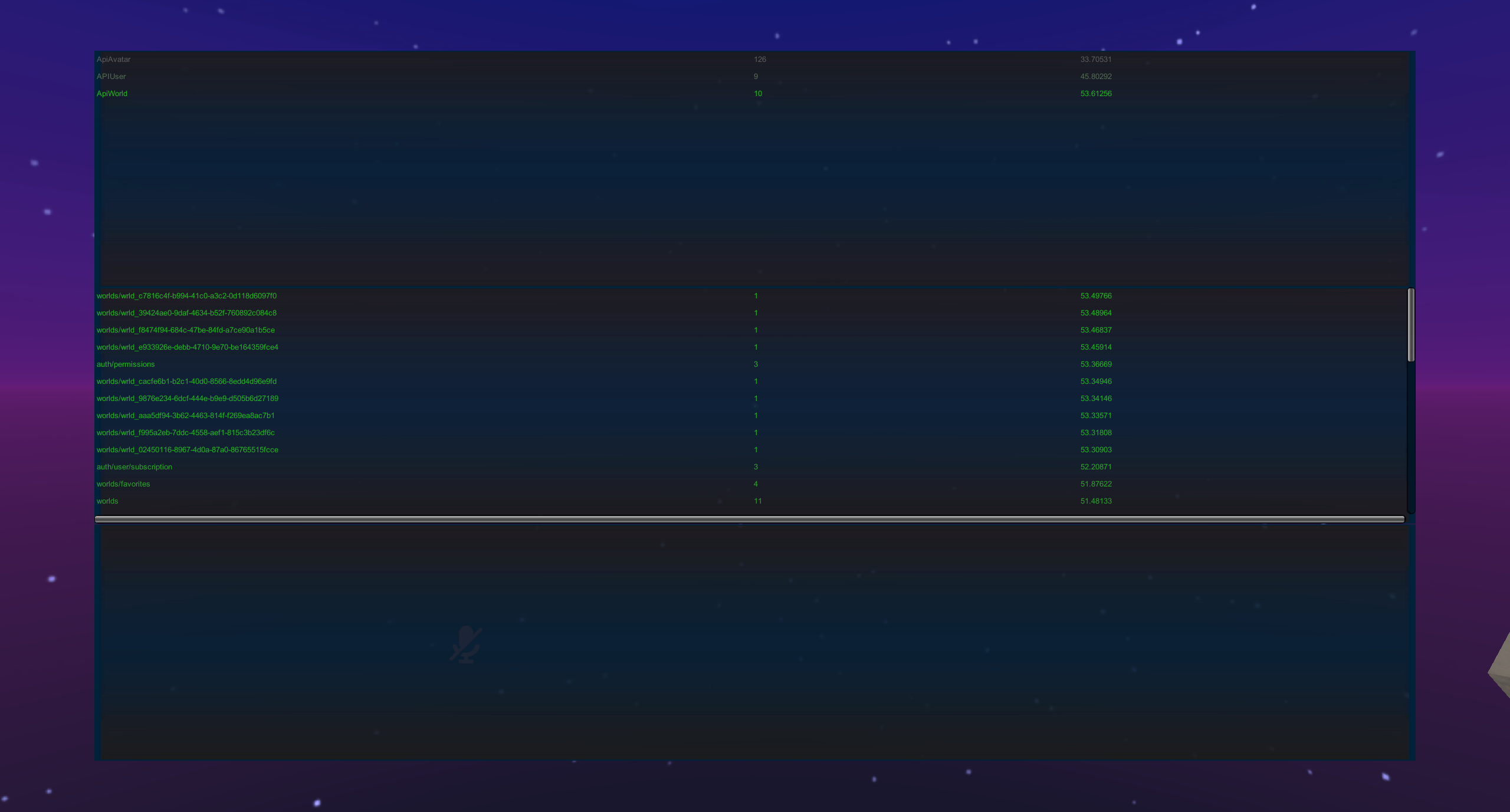 Debug menu 1 displays some information about your connection to the VRChat API. It is mostly irrelevant to world development.

Debug menu 2 displays the current build of VRChat that you are using, along with your FPS. 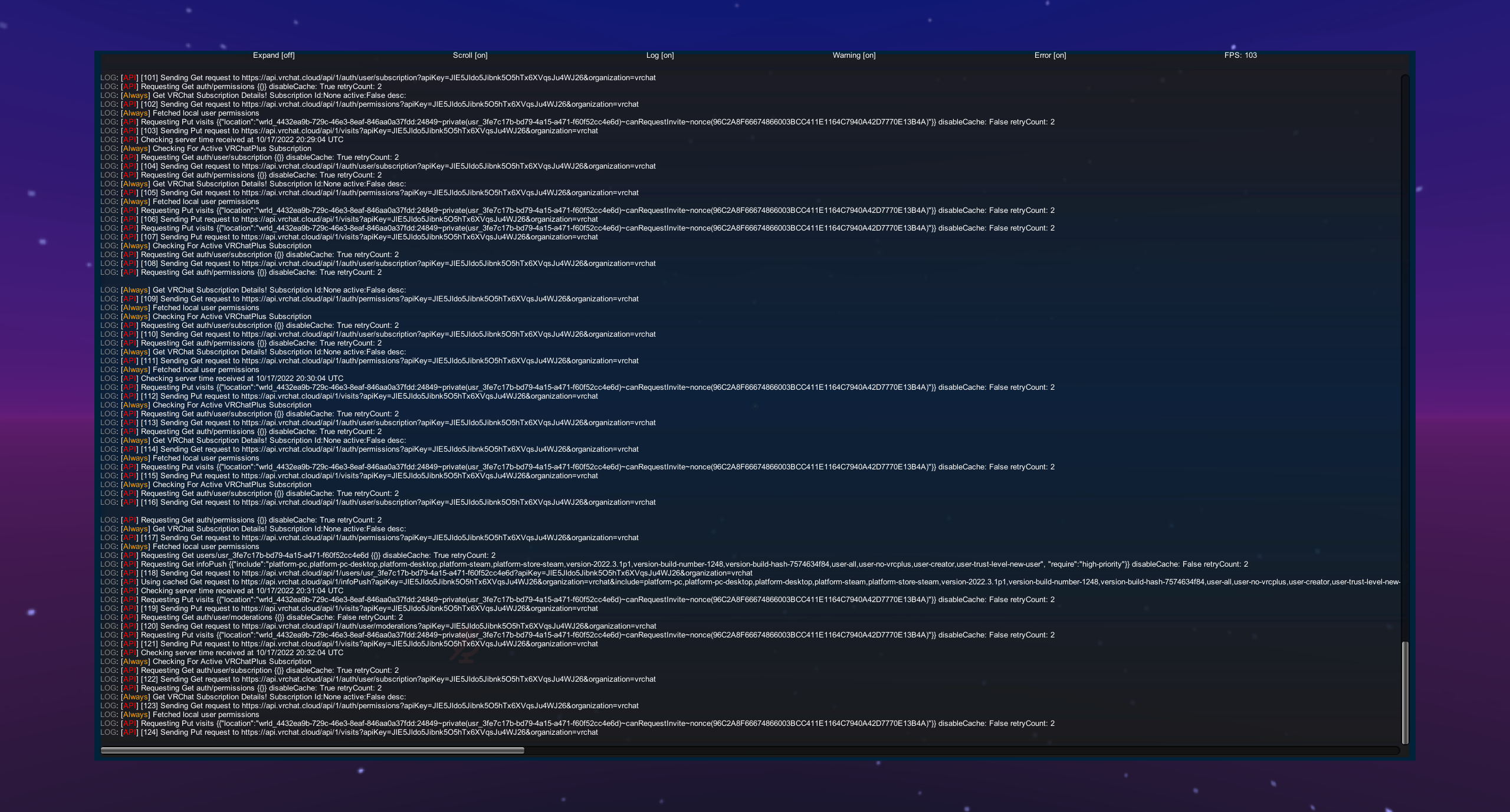 Debug menu 3 displays your output log. The output log is very useful for world creators because it can show you information such as Udon Behaviour crashes, any information logged via the Debug.Log nodes, and any other potential errors in your world generated by Unity or VRChat.

You can hold the Tab key to activate the mouse cursor and use the buttons on the top to toggle different options on and off, as well as scroll the log output. 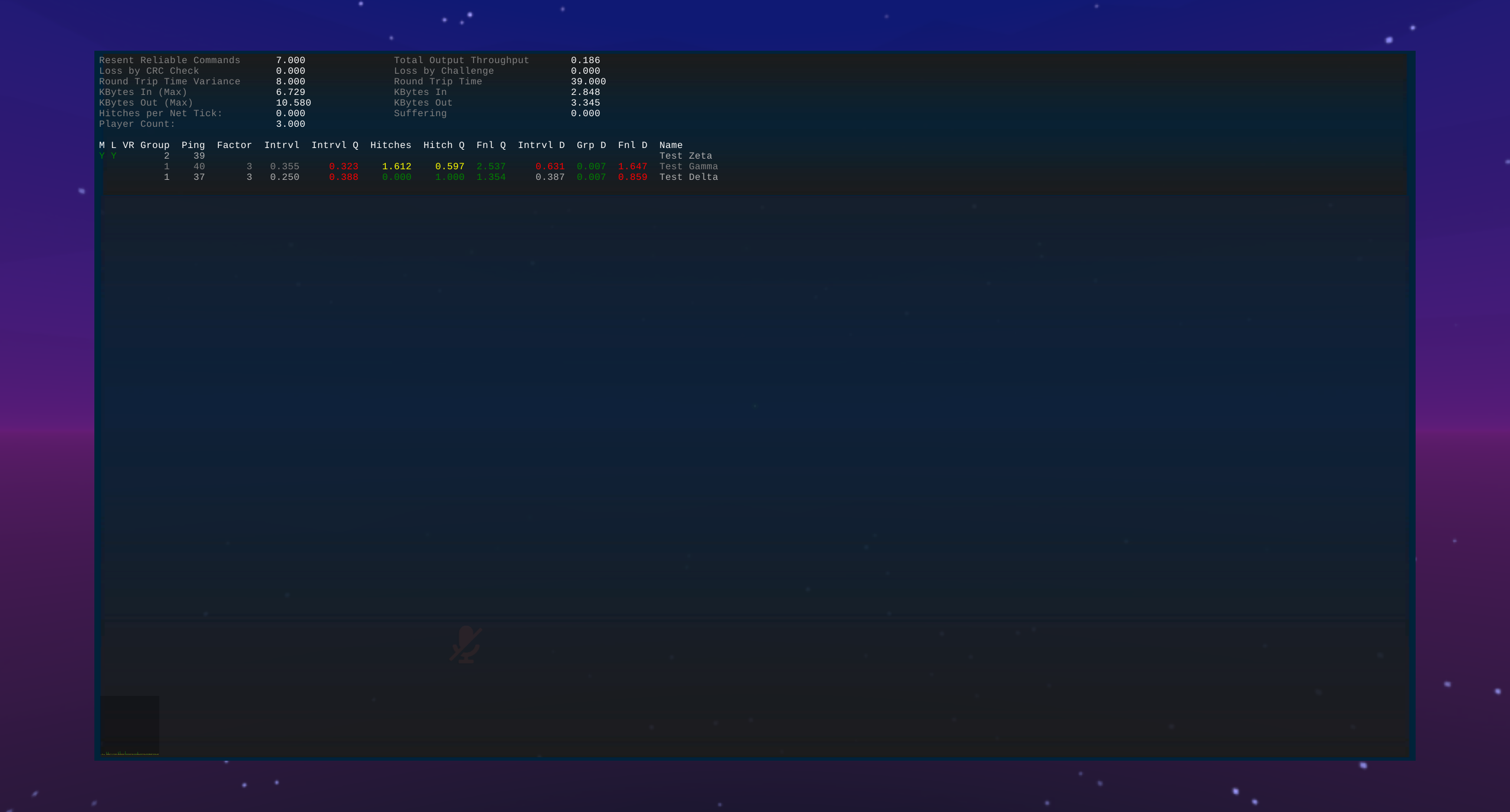 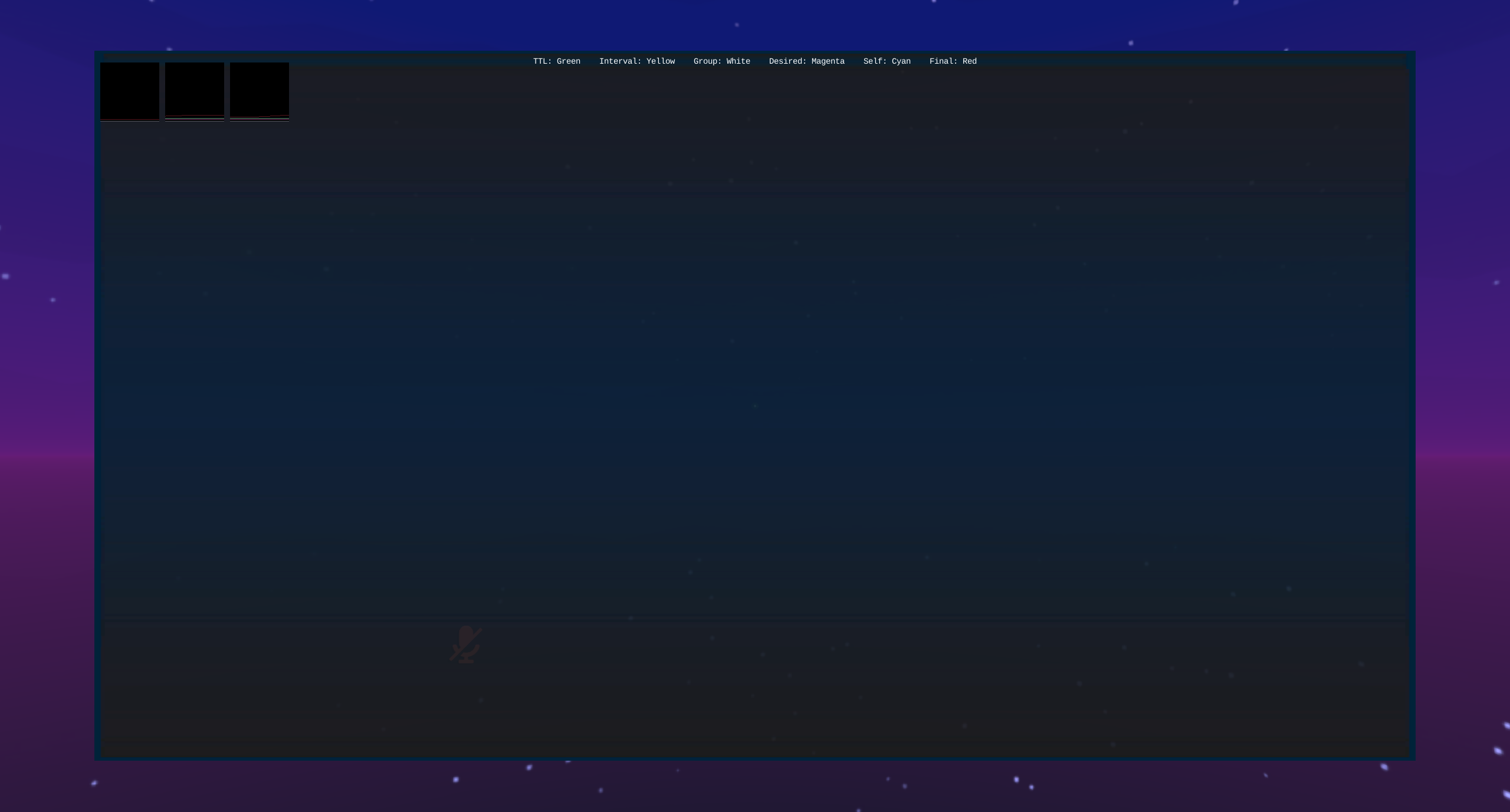 Debug menu 5 displays some graphs related to networking. They are unlabeled and mostly not useful.

World debugging views above 5 are restricted

By default, only the world creator can access debug menus above 5. However, you can allow others to see it as well by enabling World Debugging in your world's settings on the website. Don't forget to click "Save Changes"! Other users will need to rejoin the world to be able to access this debug view after World Debugging gets enabled. 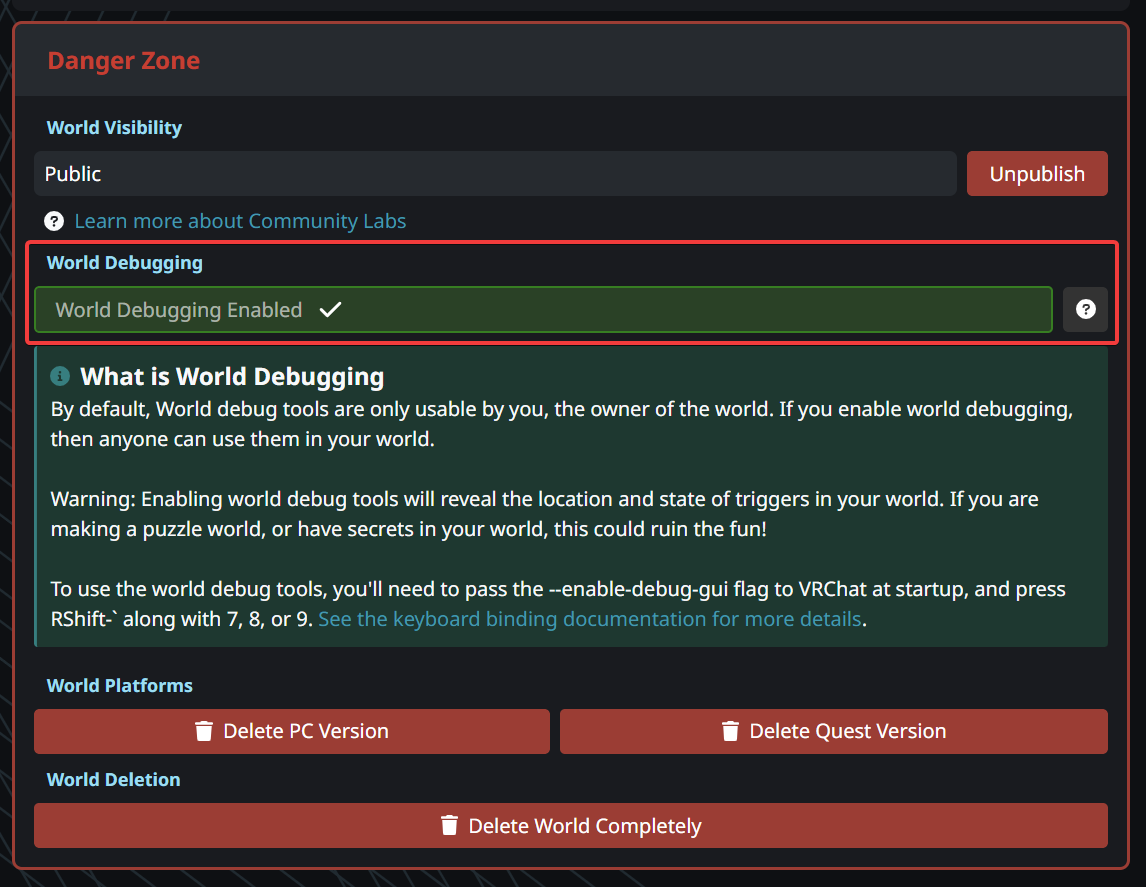 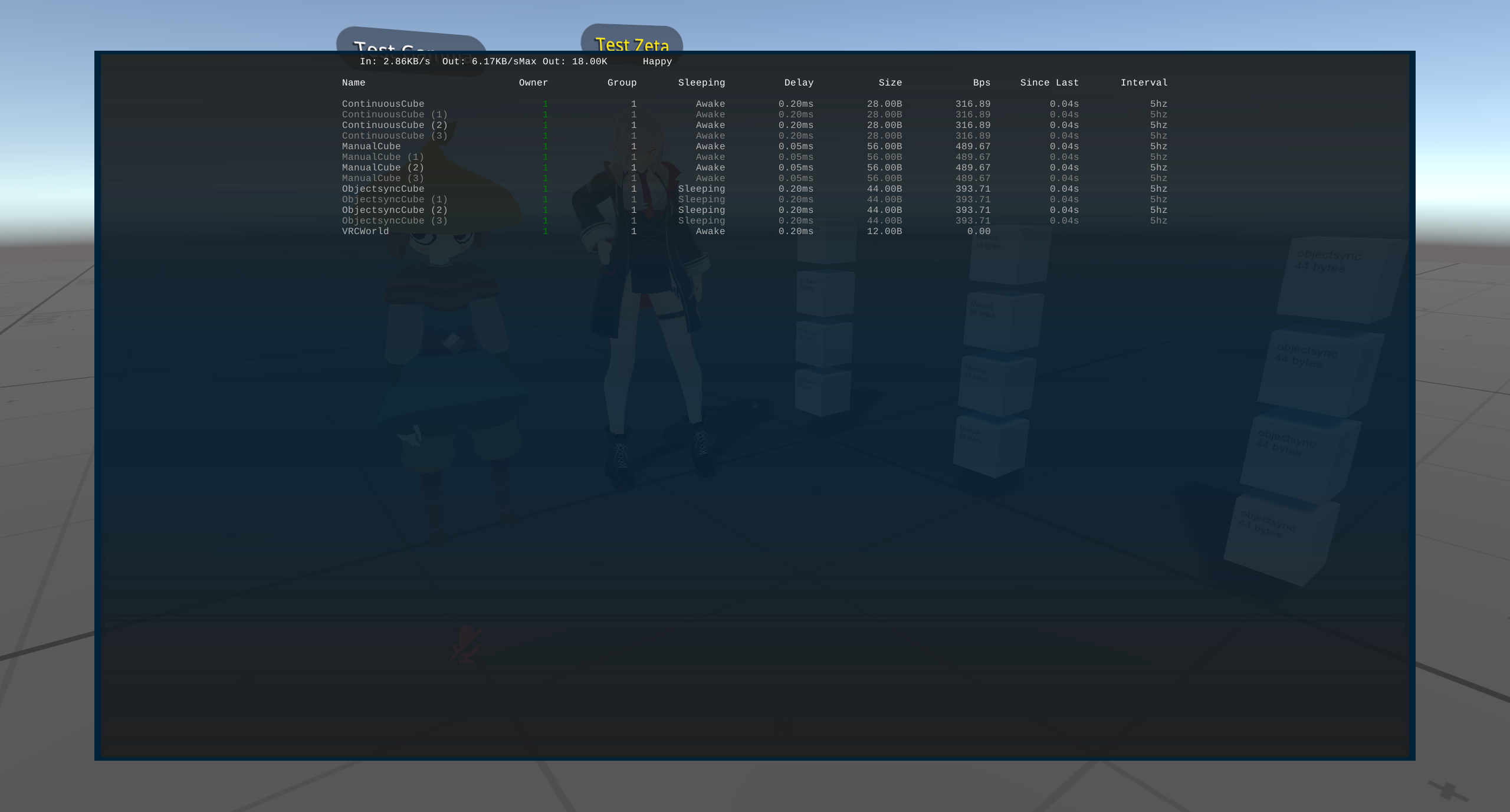 Debug menu 6 displays all the networked objects in your world, along with various stats. 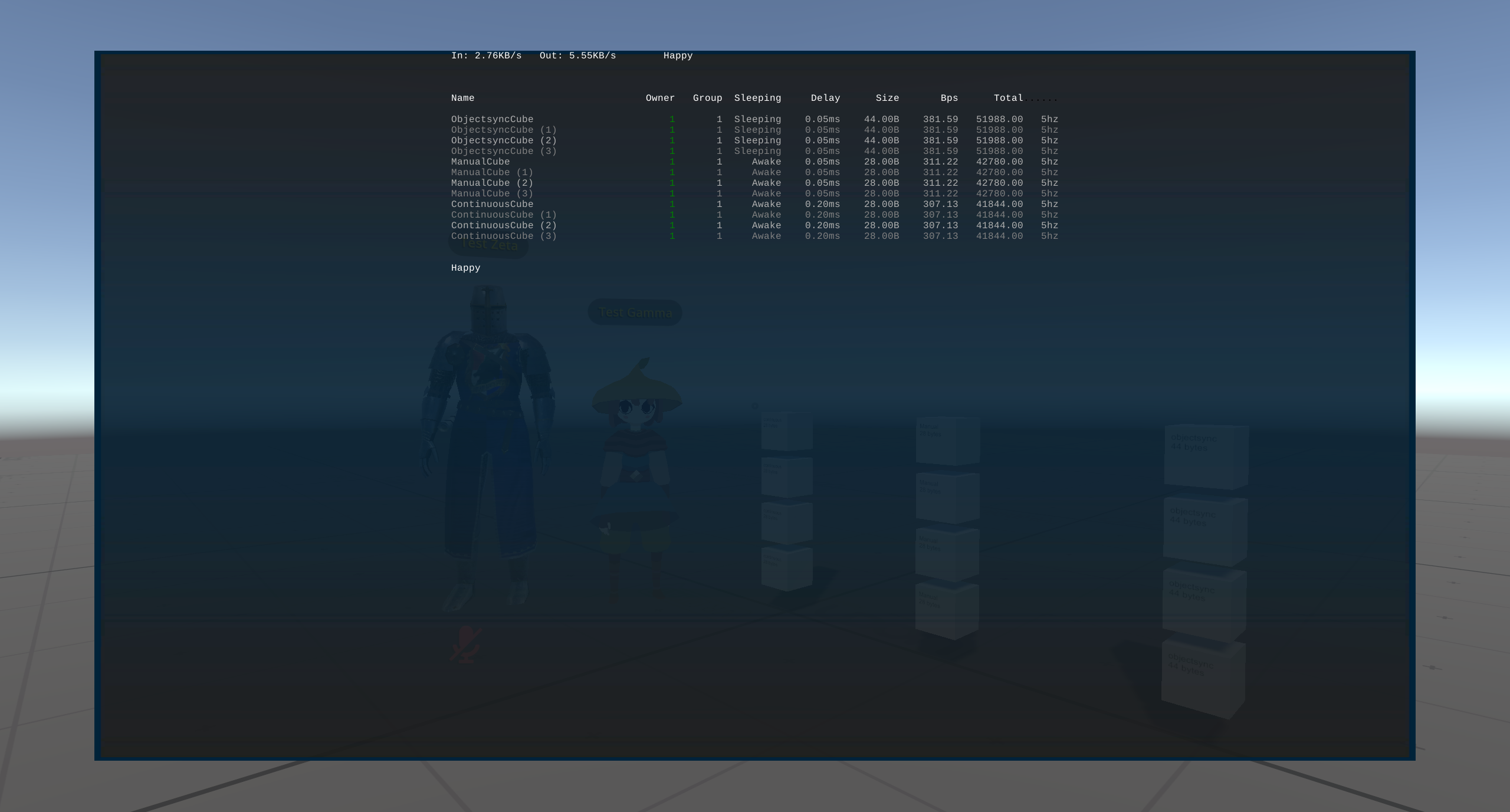 Debug menu 7 displays all the same information as 6, but filtered and sorted to bring objects that have the highest networking impact to the top. 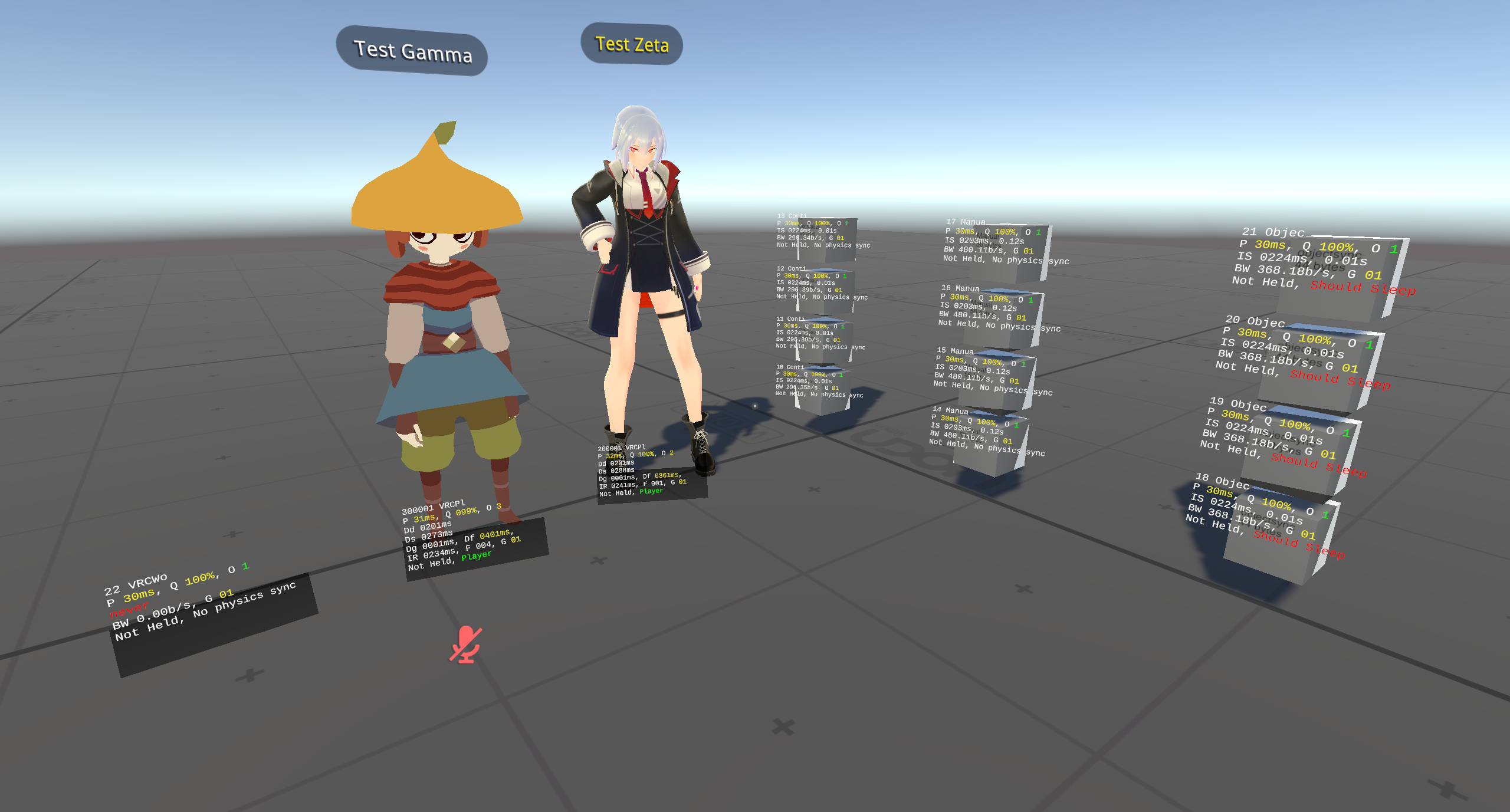 Debug menu 8 overlays a panel on top of every synced object in the world. Each panel displays various stats about that specific object