IK 2.0 is a complete revamp of every aspect of tracking in VRChat. This includes support for more tracking points, calibration saving, new IK settings, and more.

It's important to note that these changes aren't just for full-body users — they'll also improve behavior for users utilizing 3-point tracking, too!

This button will toggle between the older legacy IK behavior and the new IK 2.0 behavior. This toggle only affects IK avatar motion. The new tracker calibration detection and saving scheme will not switch to old behavior.

For example, the new behavior to ignore trackers far from the body is unaffected by this toggle. Also the --calibration-range="0.6" launch option behavior will function regardless of this toggle.

As a side effect, for now calibration saving may also work in legacy mode, however it is not our intention to add features to or maintain this legacy mode going forward. Note: at some point in the future, this legacy toggle may be removed.

In older versions of VRChat, all avatars were measured by their arm span. Now, however, it is possible to measure by either arm span or avatar height.

This measurement is used when matching an avatar to your real-life body. Simply toggle between the settings to find the one that works best for you. In our testing, measure-by-height mode tended to work better for full-body tracking.

These options define how the spine is locked-in to the tracker positions.

Lock Head will strictly enforce the head/view position and allow the hip to drift to avoid odd spine angles. In this mode, optional chest tracker behavior is rotation-only.

Lock Both will strictly enforce both the head and hip positions, possibly resulting in odd spine or neck angles to fit between those constraints. In this mode, optional chest tracker behavior follows both tracker rotation and position. 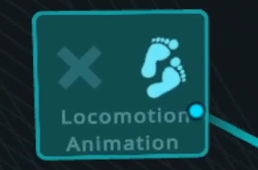 This toggle only appears for full body and in IK 2.0 mode (not in legacy IK). It can disable locomotion animations on avatars, as well as the base layer crouching and prone animations that may cause issues in full body tracking.

--disable-shoulder-tracking - Use this to avoid issues with some types of IMU-only based arm trackers.

--enable-ik-debug-logging - Adds additional output to the log regarding IK. Use this when reporting bugs or issues with IK.

--calibration-range="0.6" - Determines the distance from predicted supported binding points that the calibration will search (in meters). The default value defines a 0.6 meter (60 cm) sphere. This applies to feet, thighs, hip, upper arms, and chest trackers.

--freeze-tracking-on-disconnect - Enabling this will cause trackers to freeze in place relative to the player when they are disconnected. To remove frozen trackers you can calibrate again. If all your trackers have disconnected so the calibration option is no longer visible, cycling the Avatar Measurement option will also unfreeze them.

For more information on the new behavior, changes and fixes introduced with IK 2.0 please see the release notes here.