This is the Regions Update! This update's big feature is the introduction of Regions, which permits players who live in certain areas of the world to have lower ping and a better experience when interacting with other players in their same region!

In addition to our current default US region, we're enabling these two new regions:

When creating an instance, you can choose between the "US", "EU", and "JP" regions. When you make a choice, VRChat will remember that choice for next time. 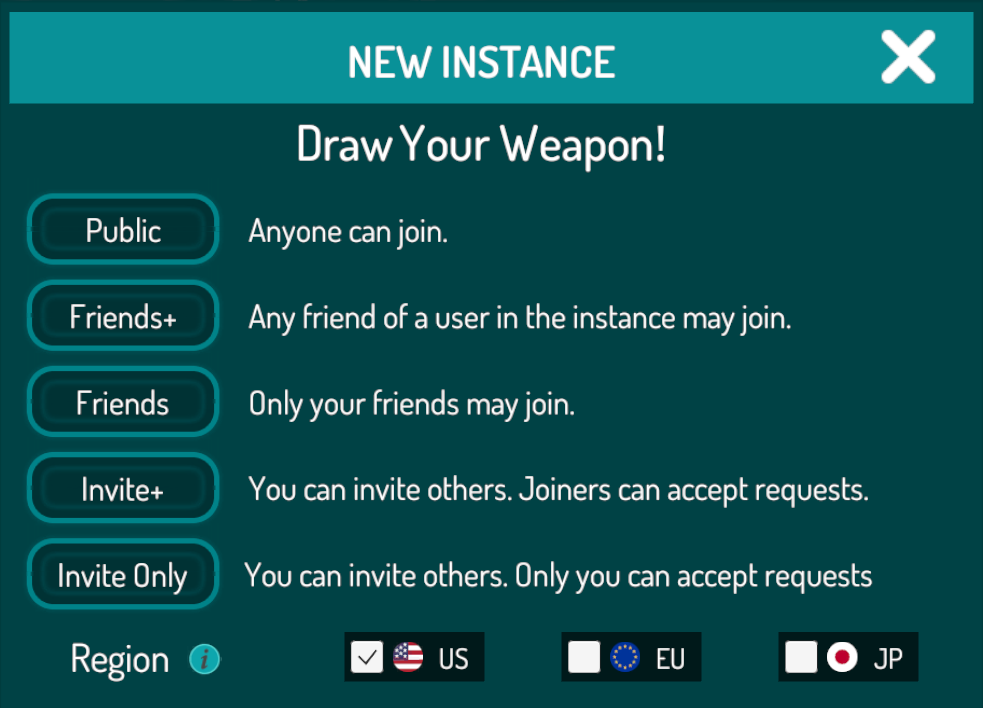 When selecting a pre-existing instance via the Worlds menu or via a friend's current world, you'll see an icon on the world thumbnail with the matching icon for the region that instance is hosted in.

Choosing a region that's close to you and your friends will minimize the amount of latency involved with anything involving fast updates, like voice and movement!

Keep in mind that if you and your friend are separated by long distances, there will always be someone with a less-than-optimal ping. Try as we might, we couldn't defeat the speed of light. Maybe next time!